skip to main | skip to sidebar

I KNEW SANTA WOULD BRING IT!!

Ammon told me that he really wanted Epic Mickey, a Wii game. He said he knew Santa would bring it. I asked him how he knew that and he said, "I know Santa pretty well."  "Really," I said. "How do you know he's going to bring this game to you? Did you talk to him?" Ammon said, "In my head. I talked to him in my head."  When he opend his gift, Epic Mickey was there. This is his reaction.  Ya think he's excited? 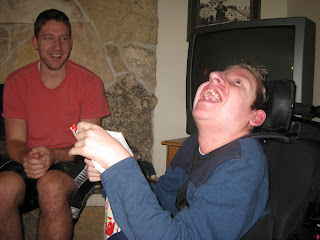 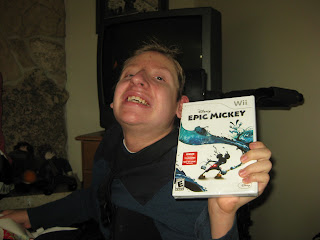 He also got "Despicable Me," and some books from Lance and Nancy. He got "Captive" from the series "Guardian of Ga'Hool" and also got "The Voyage of the Dawn Treader."  He has already started reading "Captive."
Ammon had a happy Christmas. He didn't ask for a lot. He received some other movies from Jess and Jen, manly stuff in his stocking from Kaitlin, cologne from Kevin and Gillian and even some boxer shorts, which he had asked for. :) We'll see how that works out. 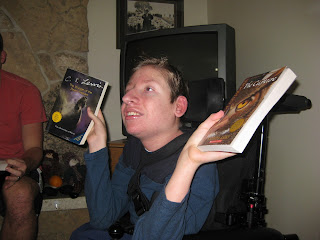 Oh, yeah, and he got lots and lots of Hershey candy.
Posted by Ammon at 6:06 PM

I'm so glad you had such a great Christmas Ammon! You deserve it. The only thing that would have made it better is if I was there to share it with you! Love you.

So fun! The guardian series is a great one. When you finish the first 2 books or so, you'll have to get the movie. It's REALLY good.

Sounds like you got just what you wanted! Awesome christmas! We missed you this christmas!

Ammon, it's been forever since I've been by...but I couldn't resist reading this post when I saw that huge grin on your face! It made me smile. The Hershey's candy is sounding pretty good to me...it's all about the chocolate, right? ;0) 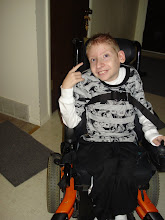 My name is Ammon and I am 15 years old. I was born October 5, 1995 with Spina Bifida. I have had 34 surgeries in my life, but am still going strong! I love to sing, dance, play on the computer, listen to music, watch movies, and hold little babies. I want to be a movie director when I grow up. I hope you will all come back often and read about me and my fun life.